I tend to enjoy drinking beers with people who have diverse interests and viewpoints on an oddball assortment of topics. By that criteria, Jerry Brito seems like he'd definitely be a good person to drain a few pints with. 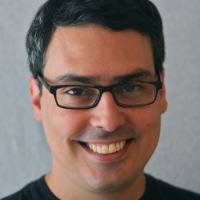 He is a senior research fellow at George Mason University. His interests span:

Last week, thanks to Michael Bolton's tweet, I stumbled upon a list he put together of famous quotes that make just as much sense when you substitute "PowerPoint" for "Power."

While it has virtually nothing to do with combinatorial or pairwise software testing test methods, test design best practices, or Hexawise, I found it amusing and suggested a couple additions to it. My suggested additions to his list include: